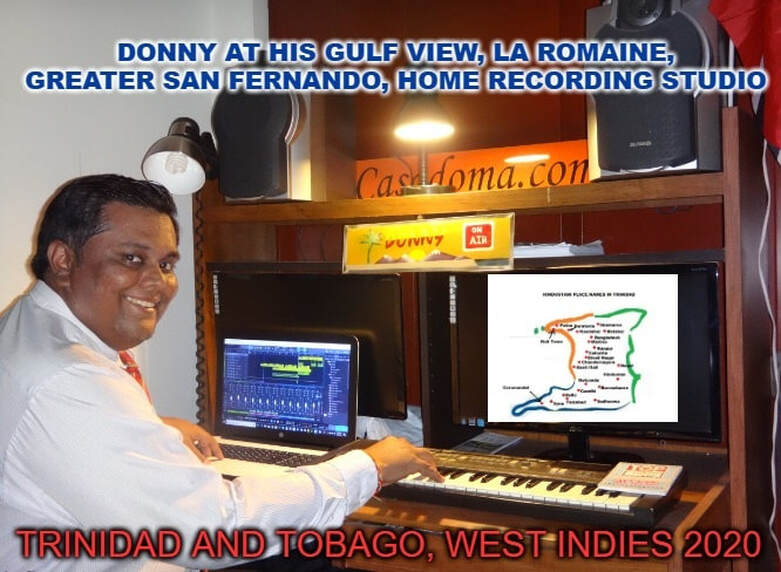 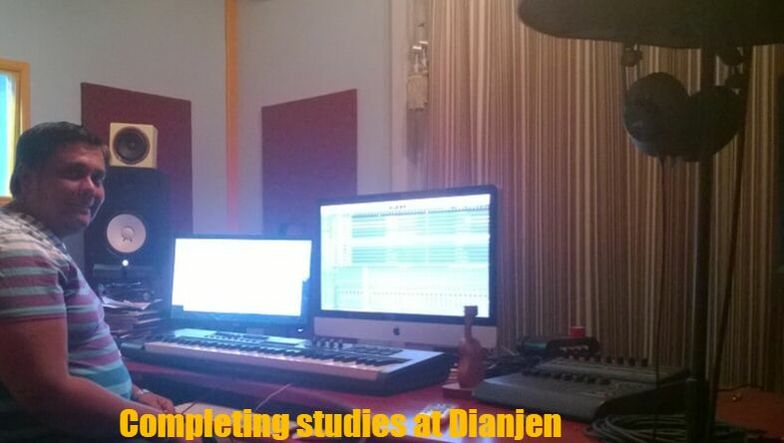 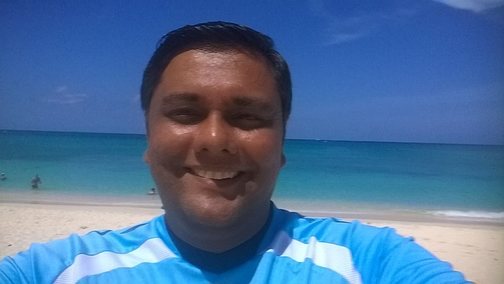 ​ I am a resident of Gulf View for over 30 years, I was born and bred in San Fernando but was ingrained with the humility and compassion of country values while resident in Ben Lomond Village, Williamsville as a child, I was brought up in a family of Teachers and Government officers and a very multi skilled and musical house and neighbourhoods in the Victoria County region in the Republic of Trinidad and Tobago, introduced to Calypso, Hindustani, Pichakaree, Chutney, Parang, Pop and Reggae music recordings by my father and uncles at a young age, was surrounded by Religious, Church Gospel music and Temple Ramayan music, Hymnals like " How Great thou Art" and Bhajans like  "Lake of the deeds of Rama" by Sri Tulsidas [Ramcharitmanas] and Live Chutney and Parang Music bands and I once sang along with the Founder of Soca Music Ras Shorty I,  extempo singing in a garage with my neighbours.
I was also exposed to local rock music on the radio and in 1996 started WTNT -Trinidad Rock radio, a internet portal with the rights to legally promote local music. Introduced to local Hip Hop and Rap artistes while shopping at Gulf City Mall selling CDs and now listen on iTunes store.
I attended classical English musicals, and dramas and Local Plays at The Naparima Bowl and also the National Academy for Performing Arts [N&S], Panorama [North Park] in Queens Park Savannah, Port-of-Spain and Soca and Chutney Monarchs music and Mas in Skinner Park, San Fernando.      I was influenced by music played at   Hi RPM, Celebs,Carnival City, Space la Nouba, Sting, Gravity Lounge, Zanzibar, Hanggers, Club Maracas, The Rig,The Zen, Monty's, 51 Degrees,Club India, Club Submarine,The Rise, Rising Star, Southern Edge  and Skyy View nightclubs locally.

Resident in London, United Kingdom,2000,I also count in musical influences from UK genres of music and many friendly nations and Theatre.

Resident again In Gulf View, 2004, Trinidad and Tobago, at Heritage Radio Station 101.7FM, upstairs Rising Star bar at the M.Rampersad building next to the Gas station on Rushworth Street, San Fernando is where I got my full appreciation of musical Muslim qaseedas, Hindu bhajans, Christian hymnals and Sufi qawwali music as a
programming producer of the "Islamic Hour"" I appreciated the full spectrum of local Trinidadian musicians, Indian, Pakistani and World artistes, usually clapping my hands to the music along side with the Imam/announcer to Nusrat Fateh Ali Khan's -Allah Hoo.
​
Resident in Georgetown, 2016, Grand Cayman, The Cayman Islands, I appreciated native Cayman Island music  and Jamaican Dancehall music and food during my long layovers and designed "The Menu" Artwork.

Resident in Gulf View, 2017,Trinidad and Tobago, With the Covid-19 / Coronavirus Pandemic descending on the world and the lock down and restrictions of movement from late 2019 to 2021, I have been busy submitting Carnival themed artwork with the World Bank art competitions and doing my sound recordings, whilst enjoying all the virtual soca music concerts and zoom meetings.